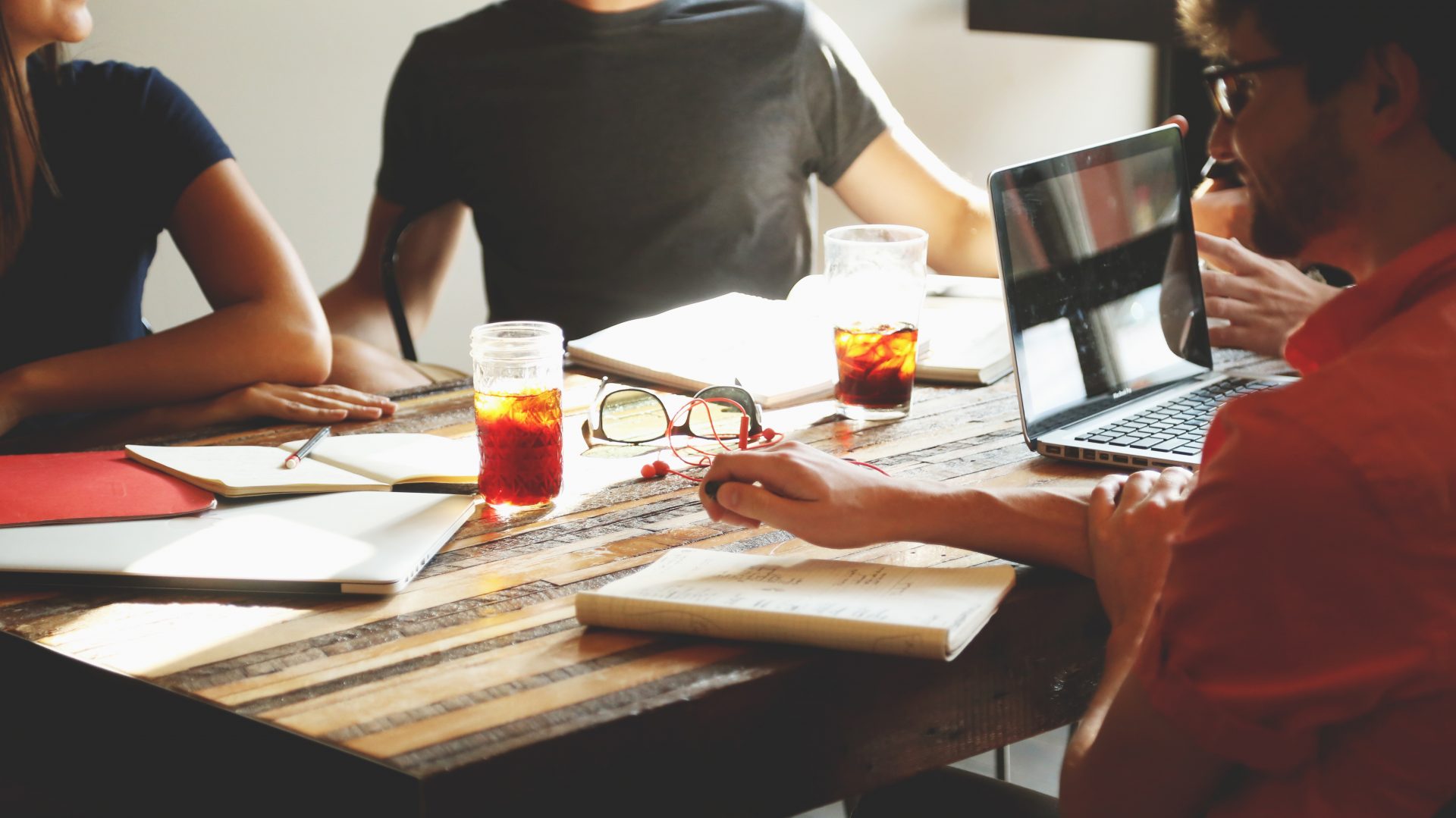 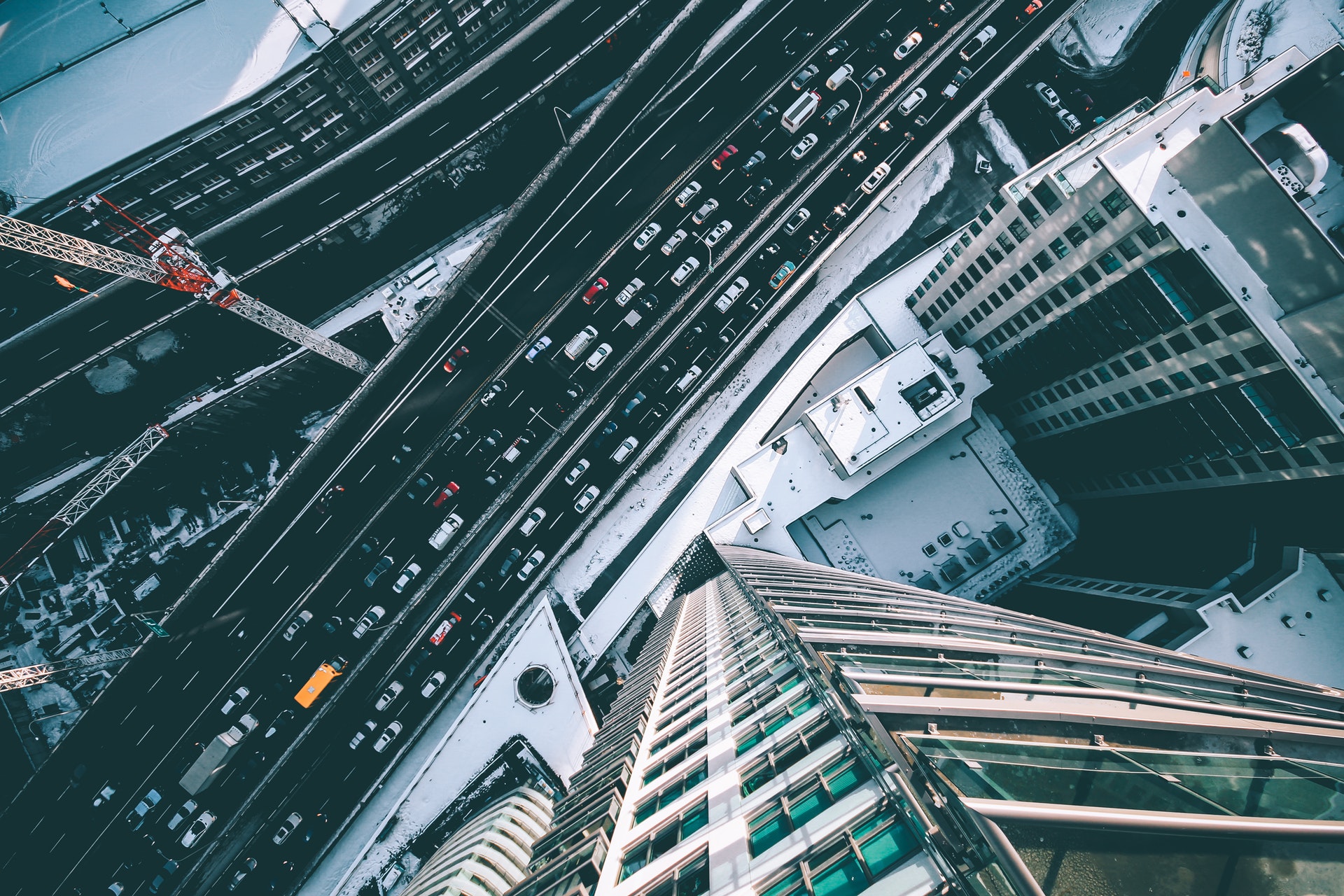 Technology and software infrastructure is extremely important to a wide range of American companies, from large enterprises down to small local business. However, these companies are increasingly finding that managing in-house development teams is expensive to build, difficult to manage, and unsustainable. 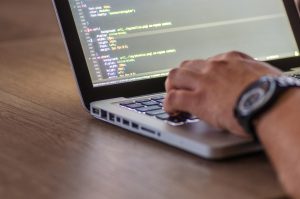 With so much emphasis on keeping development talent in the United States and avoiding the known pitfalls of outsourcing, many technology firms seek to build up in-house talent. In-house teams provide companies with exclusive access to star performers and the security of having staff on call whenever the need arises. Additionally, hiring for staff positions allows firms to build highly-specialized teams comprised of the exact skills that they know they need for upcoming jobs.

On the flipside, of course, are the financial burdens that come with building a team. Hiring is an expensive undertaking that drains time across departments. Training follows close behind in the process and requires additional personnel hours and other resources. Salary and benefit budgets must be considered when hiring domestic teams – and winning firms must make winning offers, complete with competitive salaries, comprehensive benefit packages and multitudes of fringe benefits including everything from game-rooms to gourmet lunches.

The right approach for many growing companies is a hybrid approach of in-house teams supplemented with Near Shore third-party developers that offer the benefits of outsourcing without the inconveniences of outsourced Asian firms. Despite the many known disadvantages of Asian outsourcing—time zone challenges, language barriers, lack of accountability and fair compensation, etc—many U.S. companies continue to hire Asian firms as a result of a lack of alternative options or because of their understanding that it is more cost-efficient.

Fran Moya, Chief Technology Officer for Dining Alliance, a leading American Group Purchasing Organization for restaurants, utilized an outsourced Indian development team for years. Despite the assumed ease of use and financial savings, his experience echoes a lot of the errors that other U.S. companies have run into when using offshore resources. “We were in the market for offshore resources,” Moya stated. “We tried several solutions but none of them provided exactly what we were looking for.”

Moya began searching for an alternative and found it difficult to uncover a solution that offered quality and affordability. While he explored various options, including part-time Honduran support, alternative Indian teams, and a Russian freelancer, Dining Alliance’s projects lagged and suffered. “I decided to take the challenge on myself,” said Moya. “I created TechStart because I couldn’t find the right solution for my own company.”

Nearshore outsourcing at TechStart: A Solution 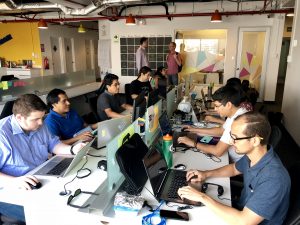 The evolution of TechStart is a familiar story for those with a close understanding of the nearshore development world. When it comes to outsourcing, specifically around data science and software engineering, Nearshore development is one of the most cost-effective and efficient options. Since 2011, Latin America’s economy, English proficiency and other sectors have been on the rise. While nearshore companies started to grow in Argentina, Chile, and Brazil, Peru has also become a prime city for software development companies to grow and flourish.

TechStart is based in Lima, Peru and was formed to address the supply and demand crisis many growing companies face when searching for qualified software developers and engineers in the U.S. Their nearshore capabilities and nearshore developers allow them to work with their clients in similar time zones meaning they are able to effectively communicate issues, deadlines, and other day to day needs as if they are an extension of their clients’ offices. Beyond the convenience of familiar time zones, culture and language also add into the mix of ease. According to the EF English proficiency index, Latin American English proficiency has been on the rise and is close to surpassing China. In the technology field, removing this language barrier for nearshore companies helps aid in project completion and limits excess costs due to miscommunication, mistakes, and other costly geographically-influenced mishaps.

Another huge factor is talent and the increasing economic growth of Latin America. In 2017, UruIT reports that the economy saw positive growth by .7% making it continually more attractive then offshore resources in terms of business stability. According to a recent study from Indeed, 86% of HR teams mention it is hard to hire IT talent and the margins get slimmer when hiring in same shore markets. Working with companies like TechStart enables clients to mine a larger pool of talent. TechStart has an on-demand and rigorous hiring process; as an on-demand talent firm, TechStart will pre-qualify and present several software developers and ensure they best fit their clients’ specific needs, from specializations in PhP to data analysis. Most importantly, the TechStart team hires individuals who are excited to work on American technology projects. Innovative and risk-taking companies usually are based in the US and companies based in Peru often lack the budgets to pursue innovative programs, so TechStart employees look forward to the opportunities the nearshore plan brings them.

There are plenty of countries in Latin America that offer nearshore outsourcing. TechStart, began its own business in Lima because of the large influx technology in the last five years and the steady economic growth the country has seen. With a large pool of talent, and a cosmopolitan center, the city is a natural fit for a technology hub. Companies like Belatrix have been running their nearshore companies in Peru for the past seven years and saw the expansion into Peru as a natural fit after their initial start in Argentina. TechStart works with over four different US-based companies through a range of industries and even offers their clients an annual trip to meet their teams, bringing nearshore even closer.